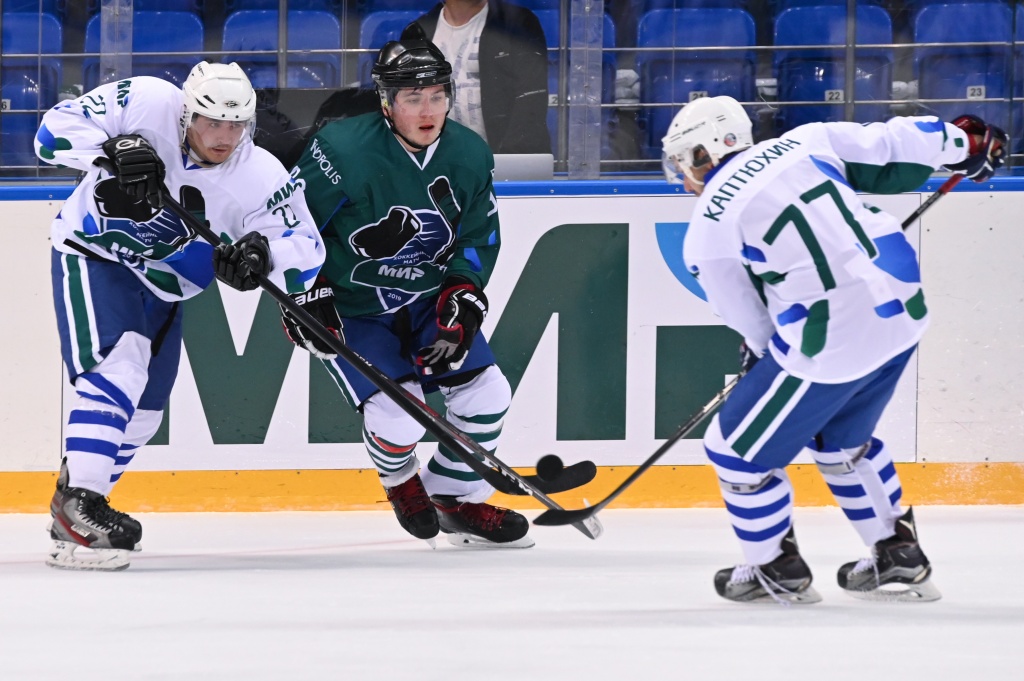 The hockey match between the Mir and Finopolis teams took place in the Shayba Arena in Sochi Olympic Park as the final event of the Forum of Innovative Financial Technologies FINOPOLIS 2019. In a fierce struggle, Finopolis won 4:3. Vladimir Komlev, Chief Executive Officer of the Mir Payment System made the first strike. Nikita Kustarnikov and Ivan Kaptyukhin also delivered pucks for Mir. Danila Kiriyak, admittedly the best player of the match, scored the hat trick for Finopolis. Artem Makarov scored one more puck for the winners. Two-time Olympic hockey champion Alexander Kozhevnikov attended the gala match opening ceremony and met with its participants and guests.

“First of all, I am very pleased to note that Mir Ice Arena meetings in addition to the business round tables have become a FINOPOLIS tradition. It is mighty good that our colleagues from banks and partner companies are always up for an ice match, despite the eventful business programme and series of meetings. No matter if it is the Forum’s opening or closing match, it is inevitably a lasting surge of excitement and fun. Thank you to all the match participants for a first-class game! See you next year,” commented Vladimir Komlev, Chief Executive Officer of the Mir Payment System.